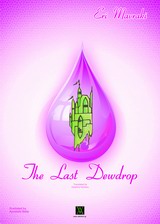 e-book
The Last Dewdrop
Eri Mavraki
Μετάφραση: Katerina Kantsou
Εικονογράφηση: Apostolis Batis
Ευθύνη Σειράς: Νέστορας Πουλάκος
Αθήνα
Εκδόσεις Βακχικόν
2013
σ. 36
ISBN: 978-960-9776-52-3
Γλώσσα πρωτοτύπου: ελληνικά
Τίτλος πρωτοτύπου: Η τελευταία δροσοσταλίδα
Βακχικόν Πεζά 10
Σημειώσεις: Διατίθεται δωρεάν.
Εικονογράφηση: ΝΑΙ
Τεχνικές προδιαγραφές: pdf, html
Διεύθυνση Internet: http://www.vakxikon.gr/content/view/1651/4678/lang,el/
Κυκλοφορεί
Περίληψη:
Improbable and exciting are the fairy tales that are recited about fairies, although they are recounted as legends usually, rather than as fairy tales. I guess this makes us feel them more real. When we hear stories like these, most of us we feel that we receive a little bit of their shiny haze that they create with their magical powers.

With this way, I once heard about some well-tempered, sublime creatures and I wanted to write my own fairy tale. I like maintaining the elements of tradition and the habits of fairies and based on them, to create my own heroes.

In Greece, fairies were sublime nymphs of the modern Greek mythology. It is said that they took their name from the Nereids which were the Nymphs of the fountains. According to the popular traditions of different cultures, people were once living close to them and nowadays they have just forgotten how to see them.

This world is so very beautiful, no matter what. All of us have once felt the need to escape from reality into another dimension and we have as well travelled into it.

Through The Last Dewdrop, we will get to meet Iena, Gorgo and Ino that will teach us a lot about their world and they will provide us with beneficial lessons through their own magical way.