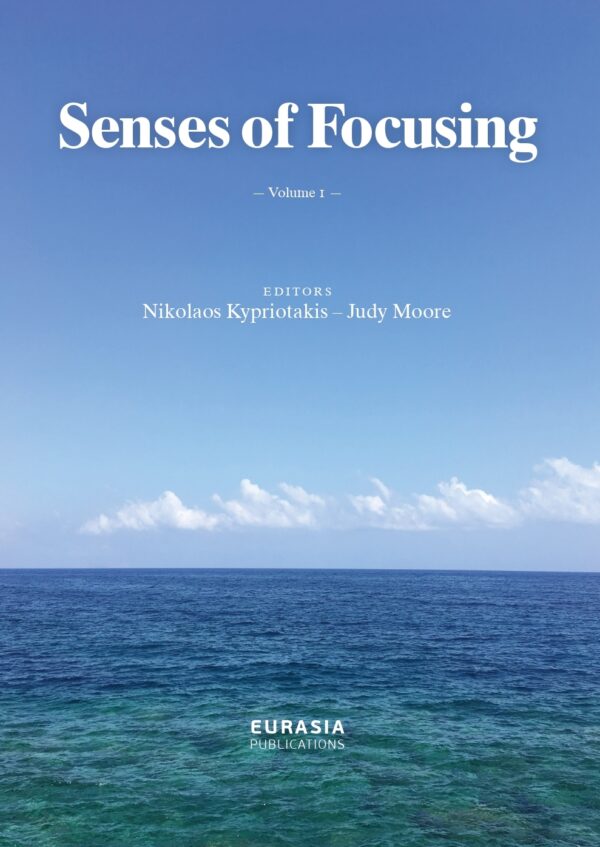 Βιβλίο
Senses of focusing
Volume I
Collective Work
Επιμέλεια: Nikolaos Kypriotakis
Επιμέλεια: Judy Moore
Αθήνα
Ευρασία
2021
σ. 568
Δέσιμο: Μαλακό εξώφυλλο
ISBN: 978-618-5439-49-1
Γλώσσα πρωτοτύπου: αγγλικά
Κυκλοφορεί
Τιμή: 40.00€ Φ.Π.Α.: 6%
Περίληψη:
In this, the first of the two volumes of Senses of Focusing, a wide range of authors from around the world bring fresh thinking to the meaning of ‘Focusing’ and how Eugene Gendlin’s work grew from and has developed different elements of philosophy and psychotherapy, particularly within the Client-Centred tradition. The meaning of ‘Focusing’ and the ‘Felt sense’ are considered and re-examined; the close relationship between Focusing and Eastern traditions is explored by authors from Japan and China; the relevance of Focusing to the existential challenges that we face are seen not only in terms of personal meaning, but also in relation to current global and political crises; the evolution of new developments in Focusing practice are described; different considerations are brought to bear in relation to working with physical illness and the body and the volume concludes with a section on ‘Body Mapping’ and ‘Children Focusing’.