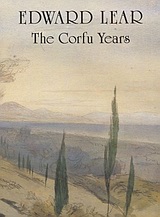 Βιβλίο
The Corfu Years
A Chronicle Presented Through his Letters and Journals
Edward Lear
Επιμέλεια: Philip Sherrard
Αθήνα
Denise Harvey
1988
σ. 247
Σχήμα: 28χ21
Δέσιμο: Πανόδετο
The Romiosyni Series 10
Σημειώσεις: Introduced by Philip Sherrard.
Περιέχει: It includes paintings of Edward Lear
Εικονογράφηση: ΝΑΙ
Κυκλοφορεί
Τιμή: 30.57€ Φ.Π.Α.: 6%
(Τελευταία Ενημέρωση Τιμής: 17-04-2007)
Περίληψη:
Edward Lear first visited Corfu in 1848 and the island seems to have made a deep impression οn him. At all events, he returned in 1855, after further travels in Greece, Albania, Egypt and elsewhere; and for the next years Corfu was to provide him with the nearest he got to at least a winter base until he finally settled at San Remo in 1870. Lear's Corfu years coincide with the last years of the British Protectorate (the Ionian Islands were ceded to Greece in 1864 ); and his letters and journals written οn Corfu, from which the text of this book is composed, form a commentary, as unique as it is biting and poignant, οη the modes, manners and mentality of a mid-nineteenth century British colonial and garrison society .They also present a deeply moving account of an artist battling with his solitude and relentlessly pursuing his vocation in a world with whose values he is so much at odds.
Set over against this is the incredible and then undevastated natural beauty of the island itself, a beauty to which Lear responds with his whole being and of which he gives us unforgettable testimony not only in his writings but also and above all in the many water-colours and sketches that accompany the text and that include some of his finest work. Αn introduction outlines the historical and social background of Lear's Corfu world, and offers a portrait of Lear himself, while an appendix assesses his achievement as a landscape painter.
Θέματα:
Ελλάς - Περιγραφή και ταξίδια (910.495)
Κέρκυρα - Ιστορία (938.961)
Επιστολογραφία (808.86)