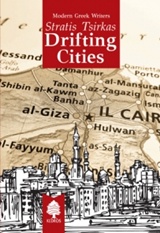 At its centre is Manos: a poet, lover of life, man of intellect and integrity, and hero of the Greek war against the Italian invasion, but who now deserts the national army to join the leftists in their clandestine struggle against the Greek fascists and royalists.

Underground operations take him from city to city, involving him in a chain of shifting and perilous relationships. Manos is forced to choose between his human impulses and the brutal dictates of Communist ideology.
Θέματα:
Νεοελληνική πεζογραφία - Μυθιστόρημα - Μεταφράσεις στα αγγλικά (889.3)
Κριτικές - Παρουσιάσεις: